National Academy of Personal Injury Attorneys (NAOPIA): Top 10 Under 40 Attorney Award for the State of Iowa

Nick was born in Brookings, South Dakota on January 11, 1984. He grew up in a small, ranching and farming community of approximately 800 people in Central South Dakota. [Fun fact—Nick actually has three first-cousins who have qualified for the National Finals Rodeo (NFR) in steer wrestling].

Nick wanted to be a lawyer from a very young age. His third-grade teacher always recounted how emphatic he was about becoming a lawyer when the discussion of future dreams came up in class.

As a young man, Nick worked at his parents’ cattle sale barn and enjoyed participating in 4-H: raising Grand Champion Hereford steers, and qualifying for the State Fair, where he would stay and show his cattle for one week each year. This was in addition to playing basketball, football, and running track. Nick still enjoys watching sports and attending games with his family, especially their favorite team—the Chicago Bears.

Though Nick was accepted to attend law school in South Dakota—a place that he has always loved—he wanted to try something outside of his comfort zone, while also remaining close to his roots in the Midwest. Therefore, Nick applied to Drake University Law School in Des Moines. Despite having never been to or known anyone from Des Moines, he made one visit to the University, and shortly thereafter, moved within walking distance of the campus to begin school.

The rest, as they say, is history. Nick and his family now call Des Moines home. He has worked as a law clerk and as a lawyer in the same place ever since the Summer following his first year of law school.

Nick practices with a passion to help individuals, many of whom are injured workers, and are the same sort of hard-working folks with whom Nick grew up with and was proud to call family and friends. Therefore, what he does is especially rewarding and gratifying to Nick—it is easy to love your job when you love what you do.

I can't imagine doing anything else."

"I had the opportunity to have Nick and Matt help resolve my cases. I must say, I was blown away by the way I was treated by them and the staff. Their attitude towards me was more of a friends and family feeling. These guys were on the ball. They worked hard to get things done and always kept me in the loop. Any law firm around can take lessons from these guys. I highly recommend S&S Law to anyone. Nick, Matt, once again, thank you for everything you have done."
T.M.West Burlington, IA
"I had the pleasure of having Nick Shaull represent me for a workers' compensation claim, and I couldn't have asked for better representation. Nick is highly intelligent and very professional, and he knows how to speak with his clients in a friendly and personal manner. I was more than pleased with the outcome of my case, and am thankful for the attention, communication, and knowledge that Nick provided to me. I would highly recommend Nick to anyone needing legal advice or representation."
S.P.Des Moines, IA
"Nick Shaull is the most professional, and works well with the injured. He has one of the biggest hearts and understanding of anyone. We made calls that had nothing to do with the case, and he and his assistant Chelsea helped to calm us down when we needed it! He went above and beyond for us, even when he is swamped with work. It was always nice to know we had someone on our side to listen and cry to. He helps shed light on a very dark area. We love him and think of him as part of our family after almost 4 years."
M.P.Des Moines, IA
Previous
Next 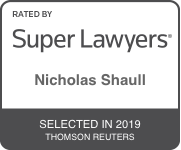 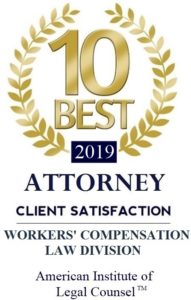 Get in touch with Nick